The Blue Origin flight today will go up and come right back down, in less time — about 11 minutes — than it takes most people to get to work.

This is a suborbital flight, which means the New Shepard rocket ship will not make it to orbit. However it will go more than 62 miles above Earth, which is widely considered to be the edge of outer space.

Orbital rockets need to drum up enough power to hit at least 17,000 miles per hour, or what’s known as orbital velocity, essentially giving a spacecraft enough energy to continue whipping around the Earth rather than being dragged immediately back down by gravity.

Suborbital flights require far less power and speed. That means less time the rocket is required to burn, lower temperatures scorching the outside of the spacecraft, less force and compression ripping at the spacecraft, and generally fewer opportunities for something to go very wrong.

New Shepard’s suborbital fights hit about about three times the speed of sound — roughly 2,300 miles per hour — and fly directly upward until the rocket expends most of its fuel.

The crew capsule will then separate from the rocket at the top of the trajectory and briefly continue upward before the capsule almost hovers at the top of its flight path, giving the passengers a few minutes of weightlessness.

It works sort of like an extended version of the weightlessness you experience when you reach the peak of a roller coaster hill, just before gravity brings your cart — or, in Jeff Bezos’ case, your space capsule — screaming back down toward the ground.

Here’s a look at the expected flight: 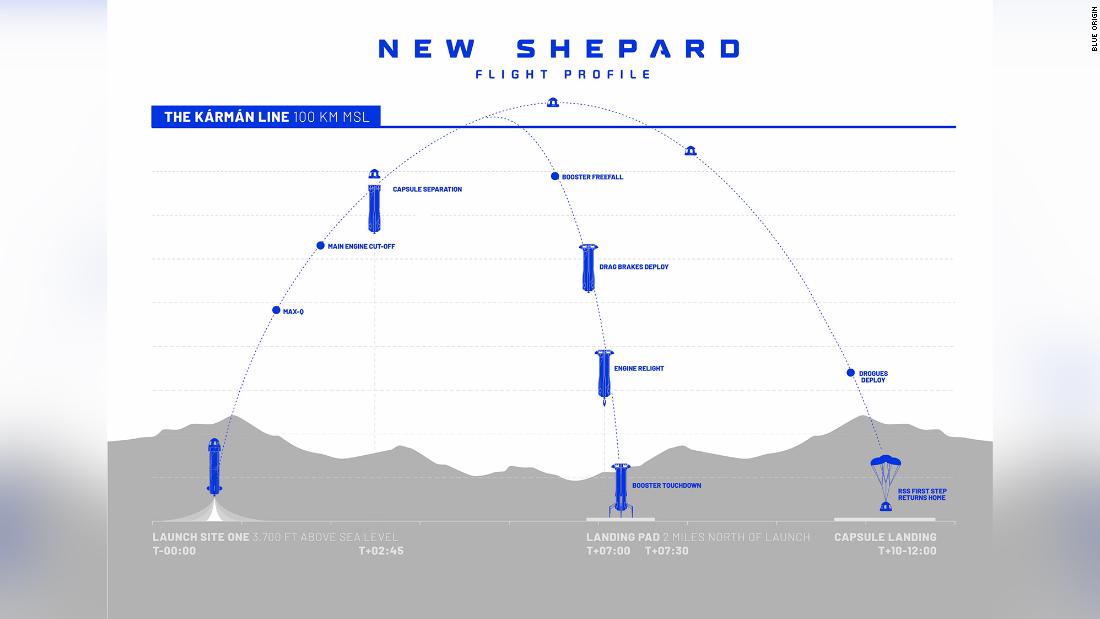 Proenza Schouler Advice to Young Designers: Start Your Own Business

If You Only Knew How Much Your Outfit Choices Actually Matter

What to Wear on Gala Night? We Asked the Biggest Names!

No Result
View All Result